I've just finished up an hour or two drybrushing my hills and ruins and they are looking quite nice.
I'm not sure what to do with the bastion and skyshield pad though... should I go for:
1. A base metalic look or go for a domineering paint scheme designed to make them stand out (we have a shiny big fort and you don't. ner ner).
or
2. A colour scheme that makes them blend into the surrounding terrain more (surprise! we have a fort and you only noticed when we opened up a can of Imperial grade whoopass on you).

I'm not sure which would be best and i;m open to suggestions. Might have a scan of the FTW articles to see what others have done...

I've been having a think recently about what name and runic symbol my craftworld should have.
Since I already have the colour scheme sorted it has to be something that reflects this, something eldary and something I could paint onto models that is unique.

As a special gift, i'm just going to put up some photos of a simple Autarch conversion I did with some Dire Avenger pieces to get my own version of Prince Yriel. I'll throw in the Farseer that's further along painting wise too! You lucky people ;) 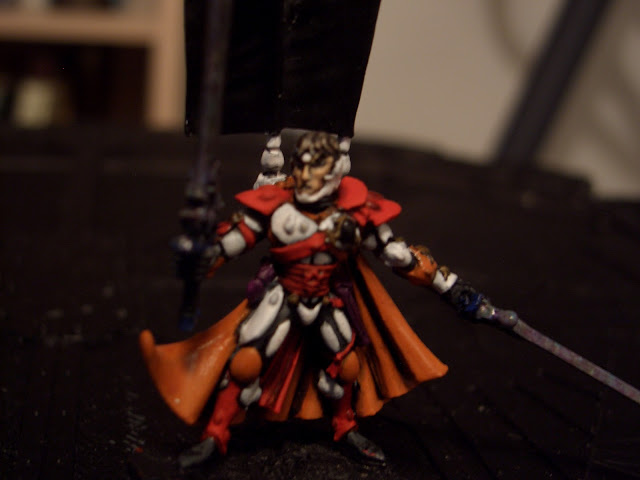 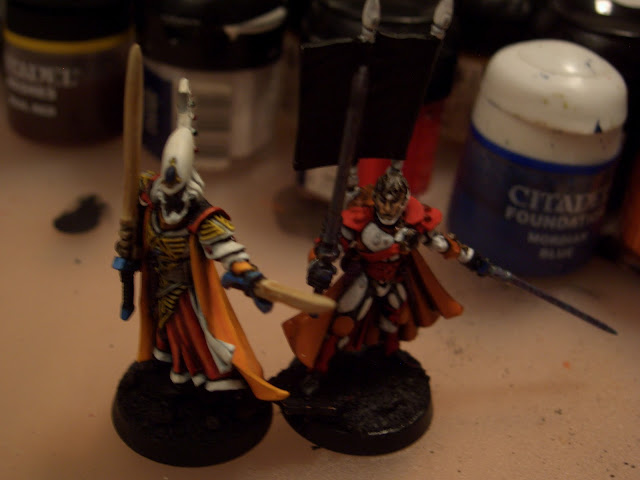 Last week I had a few games against a PhD colleague as a reward for him handing in his thesis.
I'd got a smallish table but big enough for a 1000 pt game but I lacked terrain, so using some ebayed resin pieces, a hot knife and some cheap plastic kits I knocked up plenty of terrain for some good interesting games.

These are the bits I managed to get base coated in time: 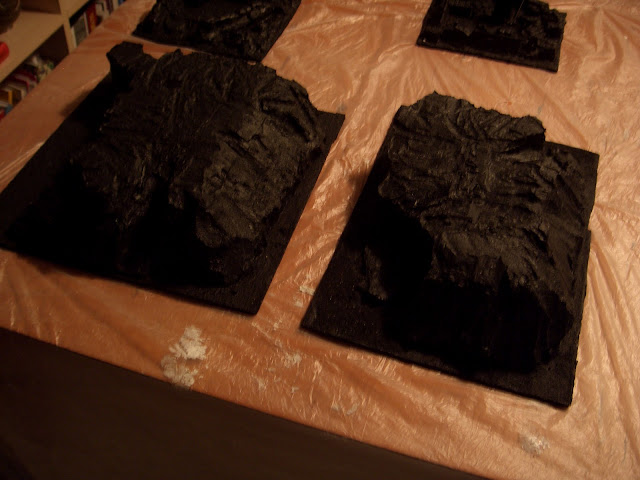 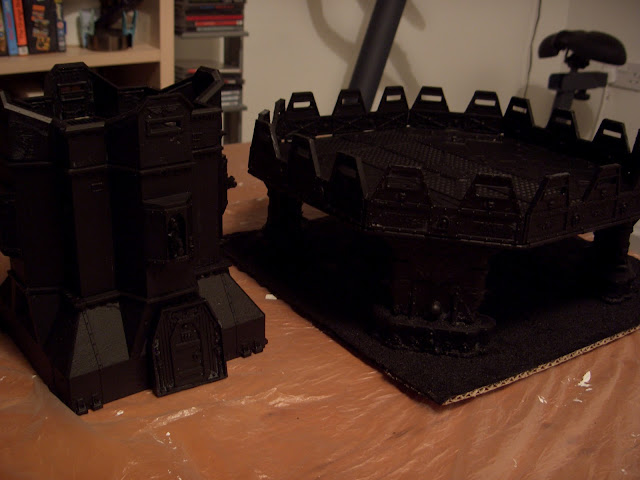 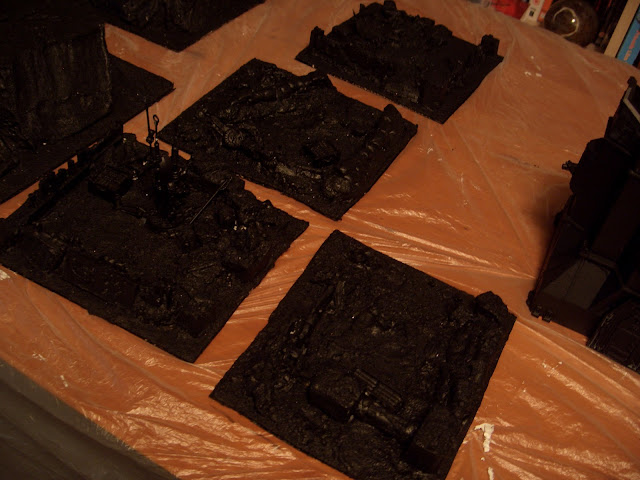 4 Assorted ruins/barricades including one with a field command post (that one's for you Von Muller!)
Posted by Dr Titch at 14:14 1 comment:

This week i've been making some terrain to have a game this weekend.
It's gone quite well actually so i'll be sure to put up some pictures once i've had a chance to add some details to them and paint the bits up.

I will say this though, if you need a ready source of polystyrene working in a lab is brilliant! I bought a hot knife and have been spending the evenings carving hills out of thick packing styrofoam, almost too easy.

Gotta go and tidy the mess up off the floor though... the one disadvantage of polystyrene :(
Posted by Dr Titch at 10:32 2 comments:

I set a challenge last week to have all my tanks and vypers basecoated in the craftworld colours by today. I'm happy to say I hit my target and so without further delay, here is the photographic evidence :) 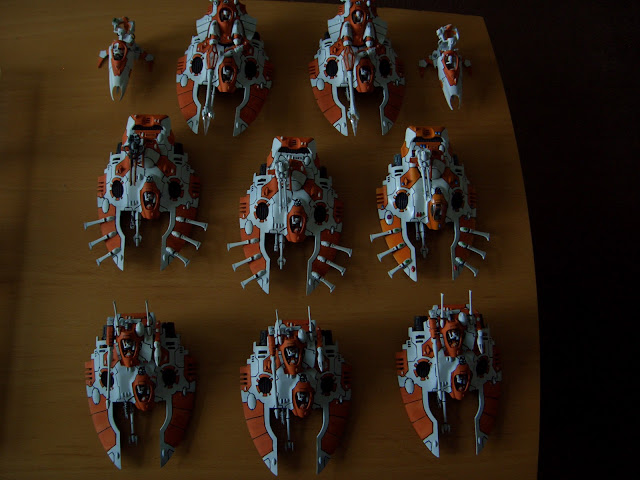 If it wasn't for the foundation grey i'd never manage to pull off this colour scheme... white is a pain in the arse!

As a bonus i'm going to show you one of the converted turret weapons I made for my wave serpents.
They are designed to go onto a modified forgeworld turret and I'm particularly pleased with the twin-linked brightlances. They remind me of a mini version of the twin pulsars on the larger forgeworld super-heavy grav-tanks. 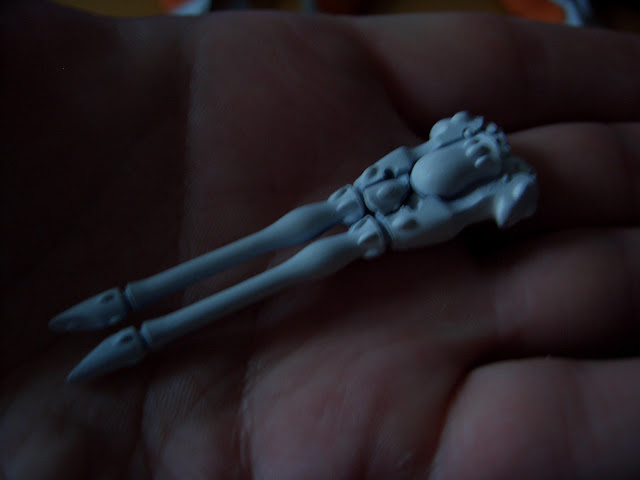